I was a little bummed about the weekend, as I wasn’t able to get in any hike as I had hoped. I woke up late, (which I hardly ever do) just after 11am and I would much rather be on a trail as early as possible. Which usually depends on who I am hiking with more than anything. So unfortunately I dont have any new photos to share. But I do know that as of this morning the plan is in less than two weeks go after what would be my second 14er ever in Mt Huron. I’ll keep you updated as it gets closer.

The final approach to Ouzel Lake

Another National Park I can mark off my list! 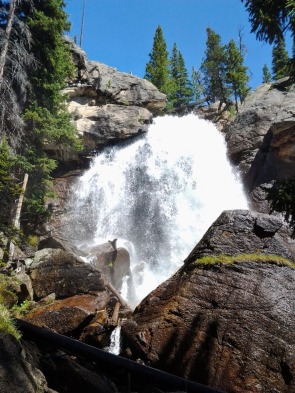 In front of Ouzel Falls

A gorgeous view from the overlook

Outdoor adventures from a perspective not often seen